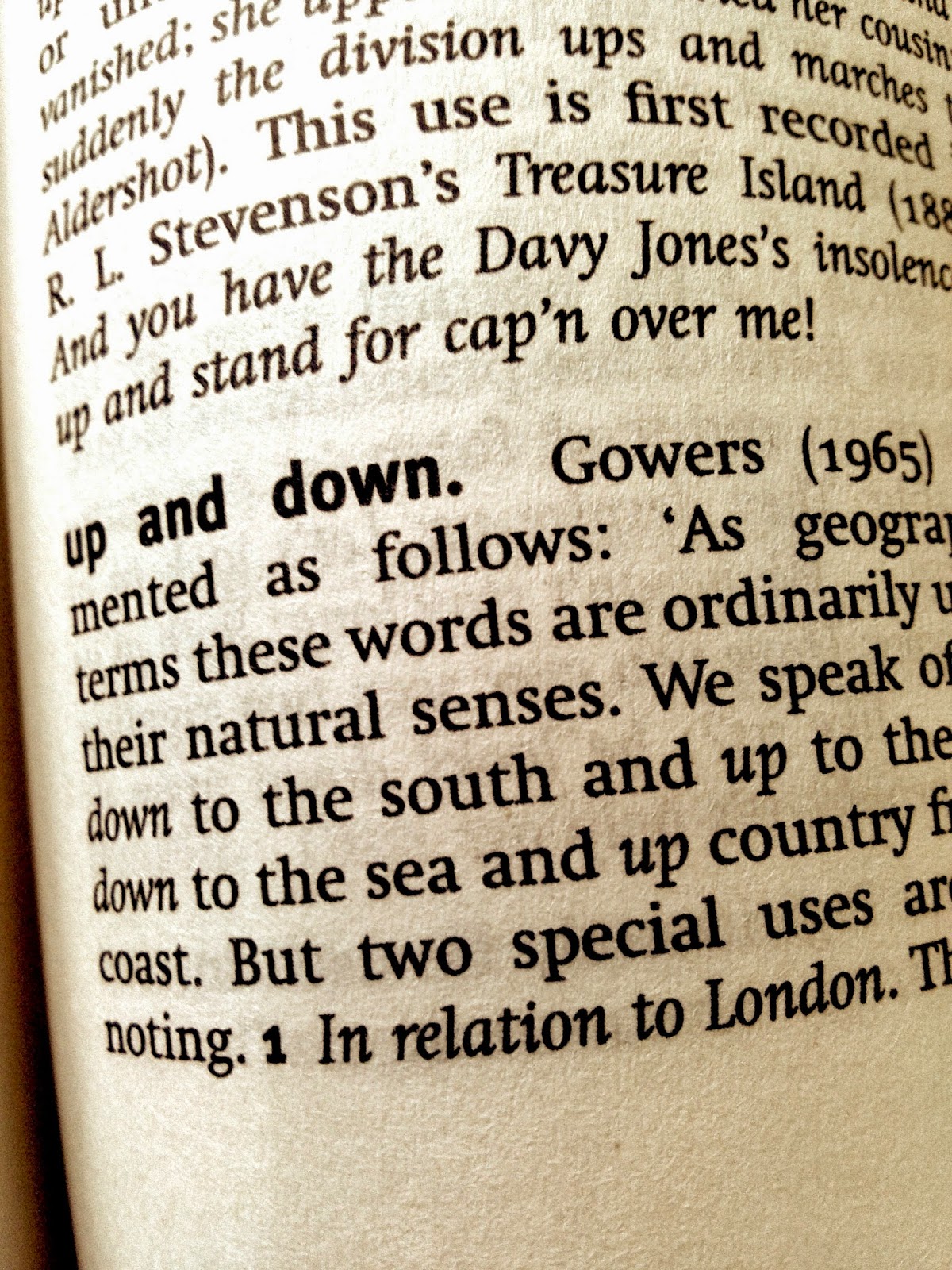 In Fowler's, this phrase refers mainly to geographical terms: down south, up north. Growing up in Cornwall was somewhat insular and we referred to everything that was placed northerly to us as being 'up country.' Only when you are a mere infant it is more 'Upcountry,' as though it forms a different land.
If you go Upcountry, they'll put allsorts in, call it a pasty, 's a disgrace.
And, if there is an up and a down, who says the earth is flat?
Stuff is simple and yet puzzling when you are four.
On a tilted link, then; sliding into childhood language; here are some words I use that I rarely remember are dialect:
Addled (broken)
Cack (poop)
Cakey (feeble, from the saying 'put in with the cakes took out with the buns')
Chacks (cheeks)
Cheel (child, usually a girl)
Furze (gorse bush)
Gawky (stupid)
Heller (naughty)
Kiddlywink (unlicensed beer shop, also I love 'kiddly broth' for cheap soup)
Mind (remember)
Scat (hit)
Smeech (smoke from burning fat)
Tacker (toddler)

And ones that I do remember are dialect but are pleasingly distinctive:
Backalong (a while back)
Better way (it would be better if you did)
Crib box (lunch box, not a euphemism btw)
Cuss (curse, as in swear)
Dreckly (not immediately)
Emmet (tourist, from the word for 'ant')
Knockers (underground spirits)
Maid (girl or female friend)
Oggy (a pasty, a proper one!)
Pisky (pixie)
Proper (good, suitable)


Some of these have been scooped up into general usage, carried along: others, set down in time, ring archaic down the steep old streets.