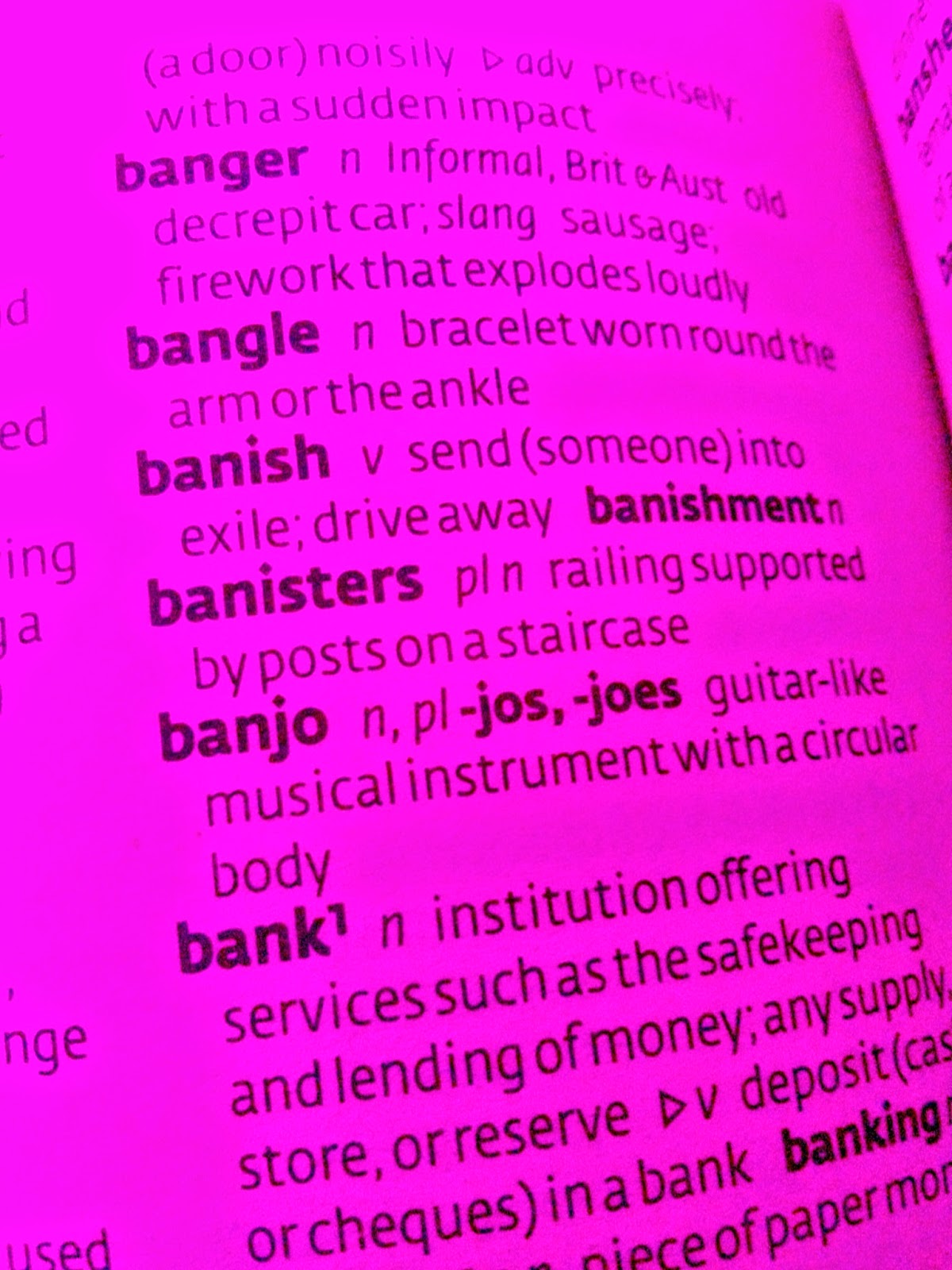 This can happen when your eyes are closed. You can mistake boundaries. Clearly, cake does not begin with the requisite letter. A second attempt is therefore deemed appropriate. A second attempt gives me banisters pl n railing supported by posts on a staircase. Which being an actual boundary is an amusing replacement.
I was about thirteen, or thereabouts, when I tied my brother's leg to the banister rails in our little cottage with a piece of stolen washing line and he thrashed wildly enough to knock the whole banister out, and it fell on the telephone and broke that too. As luck would have it, several years later, this turned out to be merely a bad sister's dream. I sometimes dream so vividly I have no idea that I'm dreaming: this can be horribly confusing. It's easier to separate out reality when the visions are fantastical. Mundane detail needs checking. There were no banisters in that little cottage, and the telephone was safe on a windowsill in the front room. The washing line was the plastic coated kind: challenging to tie a good hostage knot in that stuff even if your subject is compliant.