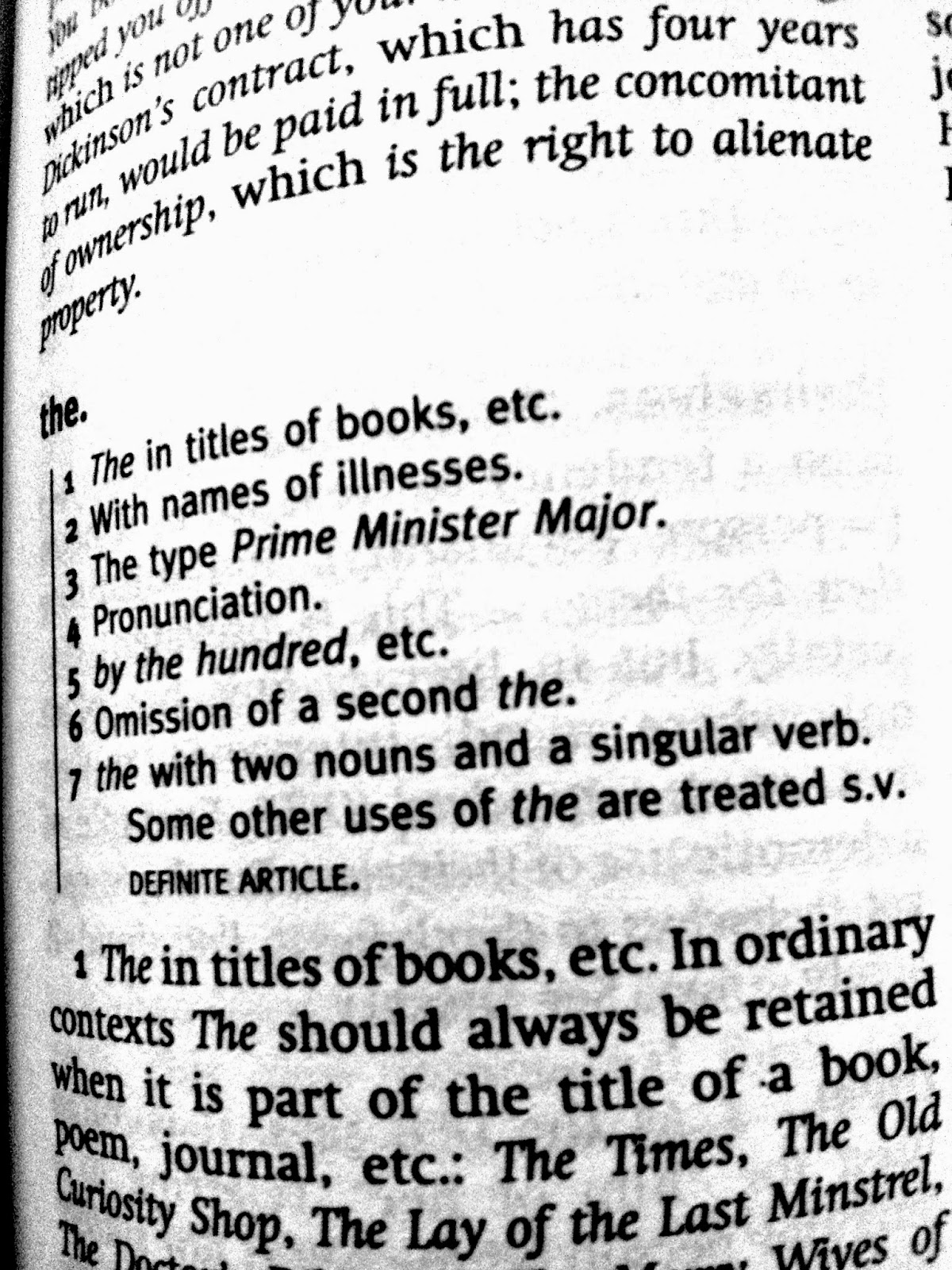 The most ordinary word that my random dictionary searches have given up do far: the most frequently used word in the whole of the English language. Used to add specifics to a noun, though some explanations say it is used to restrict a noun's meaning: both views are valid. The result is the same: it points to a particular, a definite, hence the title. It is something I like to look out for whilst editing (and I self-edit so if you find numerous examples of a misplaced 'the' please be kind) because whilst attempting to type at the speed of thought one does chuck out rough words and clogged up phrases and whether a thing is any thing or that specific thing and why care about it is easily overlooked. It makes a difference though.
'The birds in the hedge' specific yet bland
'Birds in a hedge' could be any place with birds and at least one hedge, allows space for reader to relate to own experience
'Birds in this hedge' specific and more lyrical
'These birds in a hedge' specific birds and more quirky, almost the language of setting up a joke
So while I like to present sensations of immediacy in my writing, here is revealed the background scene of deliberation. And outside these walls birds, unseen, sing from trees, from hedges, from rooftops. (One use of definite article only here, 'the background' to emphasise that this is my deliberation, though doubtless other writers will relate to this process. I chose to use birds in hedges for examples because though I am working indoors I have open windows, and I eat most of my meals outside watching hedge sparrows being impossibly busy.)