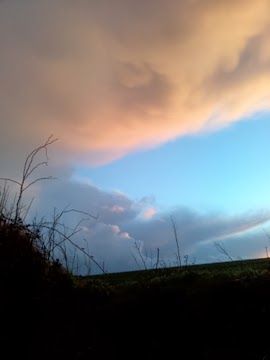 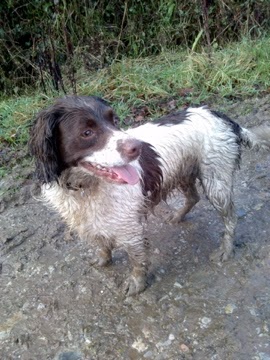 More boot under the mud than over it. The mud is possessive. A limb could easily pull loose from such a gripped piece of footwear. Mud also steals socks. Patience and years of experience are harnessed: a barely perceptible wiggle releases boot and foot together. This repeats over several steps. At ankle deep the effort is less. A grin appears.
Nearly stuck.
Nearly slipped.
Better to be mud slapped than the one who walks past the open gate uncurious.

Dog throws herself with the proper abandon and sometimes appears as a head sticking up from the hedge. The sky squeezes out more rain, and more. And what do badgers do for drainage? Gaping in the reddish earth these holes evoke cold versions of the Cu Chi tunnel entrances: are they for badgers, then, or do small people live here? Or something humanoid: trollish or faeriefied?
One should not assume to know, of course, lest the world become bereft of surprise. 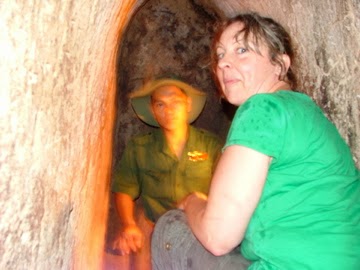