Who Is The Nemesis Of A Hero Duck?

As a way of having a light to follow, a future project that dangles brightly past the draining check-check-check on spellings and spacings of the book which waits and waits to go to press: and because the cold is bitter and Dog is poorly and my car needs work and all our pockets are empty: here I am, jotting jolly lists. Good villains are essential, so that's my first list: The Evil Spectrum.
I have traditional monsters, representing the dark side of human nature, including the Evil Genius, the dark side of the hero/heroine. On this branch of list are vampires, werewolves, trolls and dragons. I subtitle this list 'Chaos,' adding a note about parasitic possession and how magic possessions can be a metaphor for drug abuse but more widely any kind of illness.
Under 'Anti-chaos,' the things that have logical plans but cannot be reasoned with: robots, despotic rulers, fundamentalists, insects, spiders, aliens, sharks, snakes. My notes refer to 'otherness,' to a lack of emotive social bonding, as experienced by psycho and sociopaths.
Underwater monsters float between chaos and anti-chaos: but I draw a mental line to chaos eventually. They represent emotions, uncontrolled.
Next, a biro line trundles down to 'People,' which takes into account man's inhumanity to man, and cruelty to animals. It also encompasses mobs, riots, opportunists and the ill mannered: social evils, lack of boundaries, the negative side of the collective unconscious.
In a new segment Poverty, Disease, Famine and War are stacked against words that read 'Trials to make us stronger.' The last brainstormed piece is one line of 'Lies and Deception.'
All this is fairly impressive, I consider, for a tale about a duck, even if he isn't quite like the other ducks. 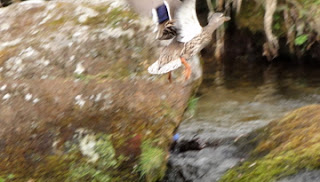