I stood still. I was getting a casserole ready, had a chopping board full of root vegetables and the Rayburn lit ready. I was checking the clock for the eleventh hour of the eleventh day of the eleventh month. I had the iron pot warming on the coal lit stove. The hands on the clock said it is time to be still. 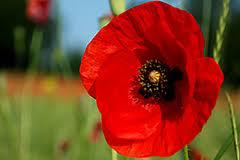 The First Two Minute Silence in London (11th November 1919) as reported in the Manchester Guardian, 12th November 1919.
'The first stroke of eleven produced a magical effect.
The tram cars glided into stillness, motors ceased to cough and fume, and stopped dead, and the mighty-limbed dray horses hunched back upon their loads and stopped also, seeming to do it of their own volition.
Someone took off his hat, and with a nervous hesitancy the rest of the men bowed their heads also. Here and there an old soldier could be detected slipping unconsciously into the posture of 'attention'. An elderly woman, not far away, wiped her eyes, and the man beside her looked white and stern. Everyone stood very still ... The hush deepened. It had spread over the whole city and become so pronounced as to impress one with a sense of audibility. It was a silence which was almost pain ... And the spirit of memory brooded over it all.'