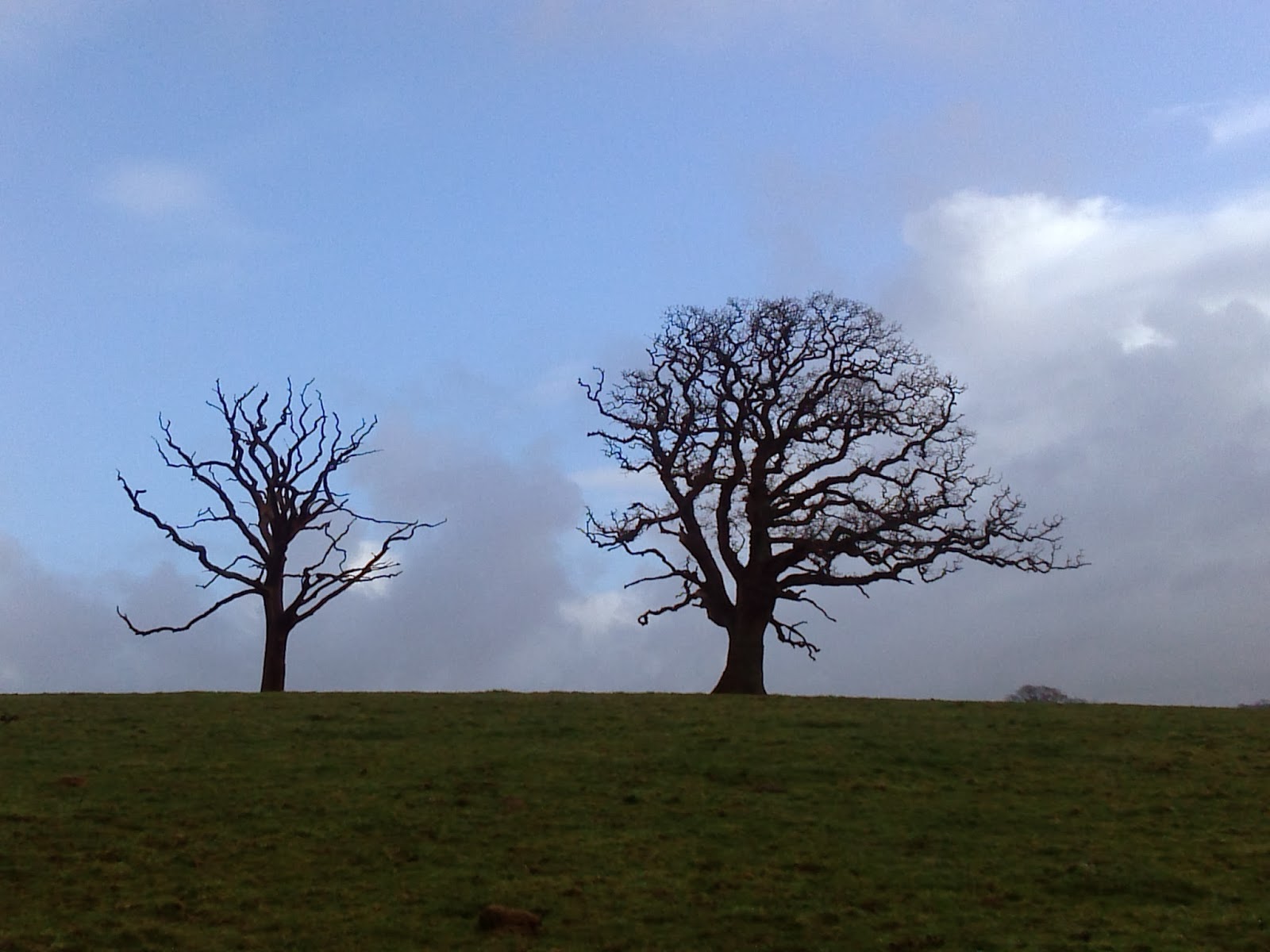 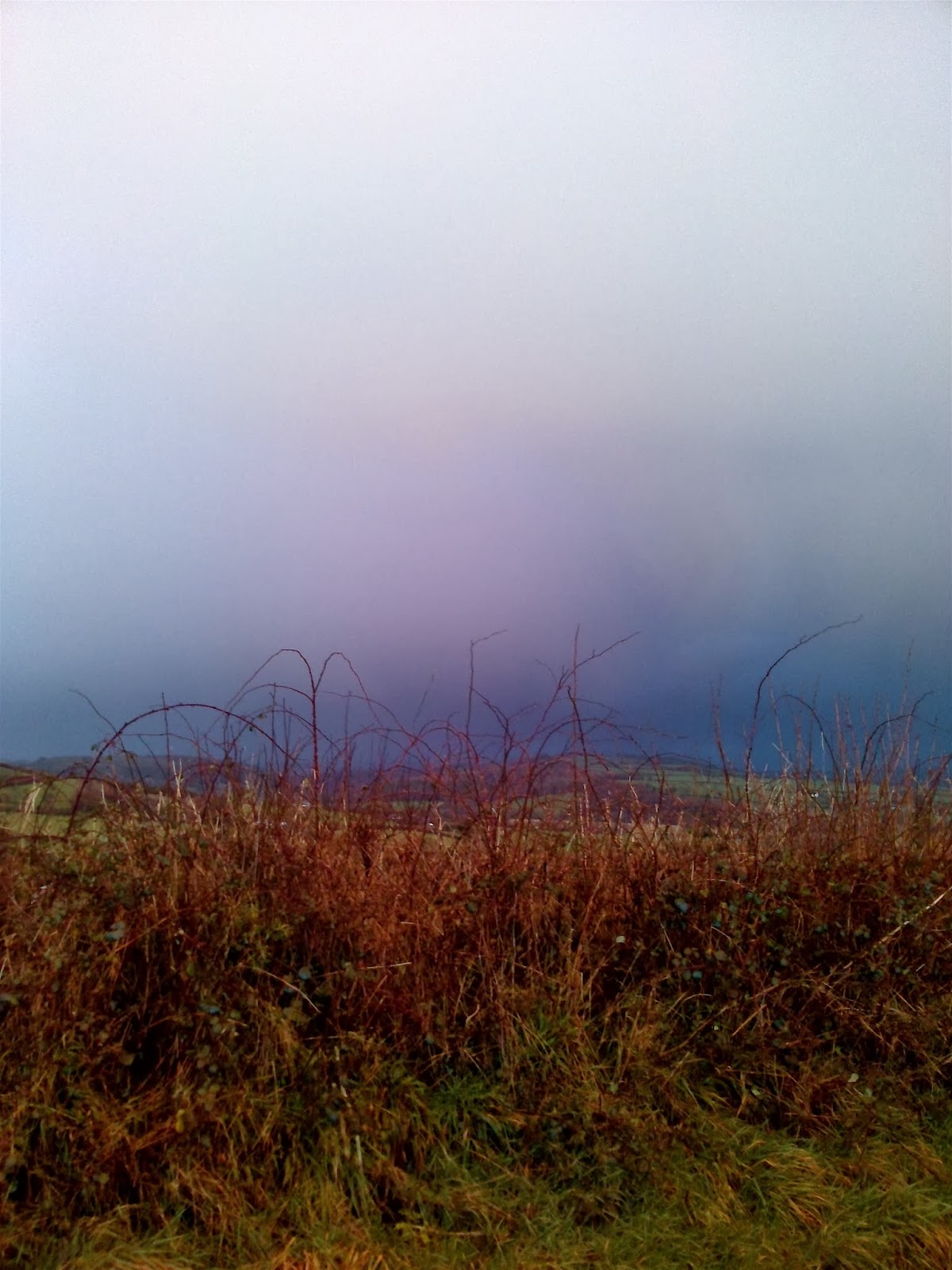 Thinking of ice; of the inconvenience caused by the car doors' propensity to freeze; of a winter postcard drive with scarves and the heater slowly cranking; the car that works was wrapped last night in an old duvet cover. But this morning nothing is frozen, nothing stilled: storm wind flares the cover, rain streams the lanes, the ivy is blown off the house, bits of it whip over the ground, tentacle-ish.
Every window is squeezed shut. No one looks forward to walking the dog: not even the dog.
Time presses till there's no more excuses.
Time for waterproofs; Wellingtons; walking. To venture under bending trees and test the depths of mud. But this afternoon sky is clear. Sunshine crinkles eyelids, turns water into gems. Beautiful is a shade of blue, a hue of green, a soft toned pebble: it's in the curve of the earth, in the open sky. The wind is charmed, gets sleepy, stops.
Dark and cloud return together, like a curtain dropped. But then lightening; a thunder roll; heavy sleet; paints the sky a winter white. 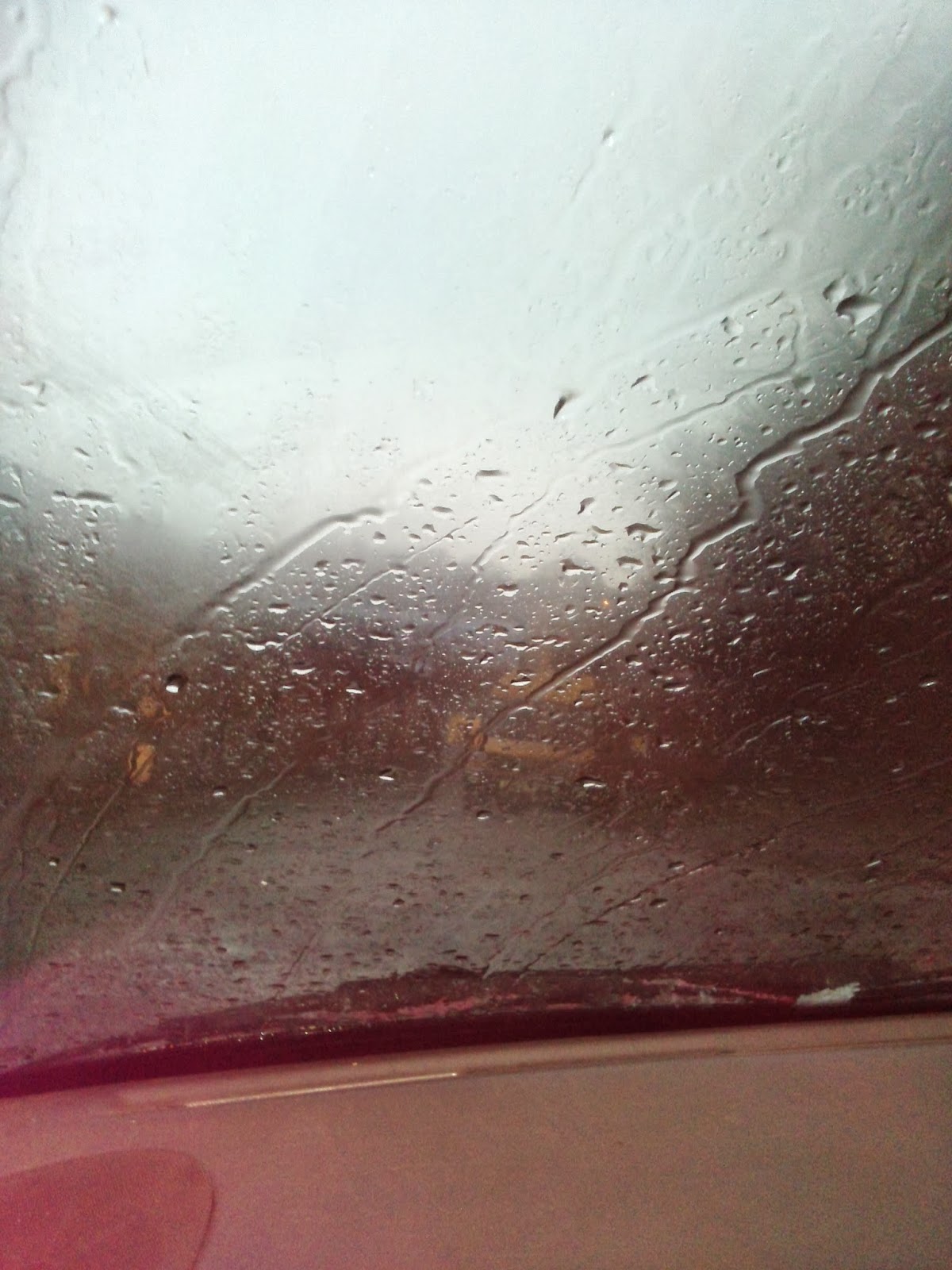