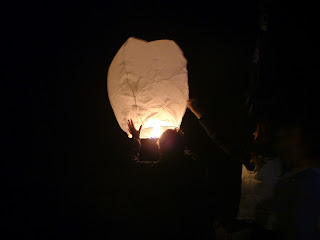 Here is a poem born of last night's tired scribbling (compulsive behaviour) and this morning's rejuvenation of coffee. It almost jumped out, after a very short-seeming gestation. I wrote it before I really understood what I was communicating here. As I have been venturing into the blogosphere, I have been boggled by the number of people; talented, communicative, interesting; all out there, all with something valid to say, hoping to be noticed, and it seems impossible that one can be noticed, because each of us is only one life of approximately seven billion currently inhabiting the earth, and if you add in the tangible memories, the books and the paintings and the films and the scrolls, that previous occupants have left us to ponder- boom- your head will explode. It may not be infinite, but it makes me feel rather insignificant. But then I also find, once my ego has been flattened by the vastness, there is something liberating in accepting that insignificance. I have only this one flicker of life, one amongst billions, it burns as bright as it burns, there's no point having flame envy. This one is mine; I appreciate it, I learn from it, I tend it, I have something to say about it.
Into the labyrinth, trepid
Steps, inside the restless limit
Of torchlight, burning, we are
Shivering with whispers
We do not know where
This is. To un-illuminated
Volumes of splaying tunnels
We bring this one flame
Huddling
To an intersection
A skull looks up from the
Dusted cobwebbed floor
Nothing is new, I remember
But I am not an echo
I am a voice. 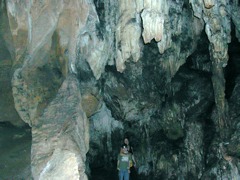