Honey, I Sunk The Bath 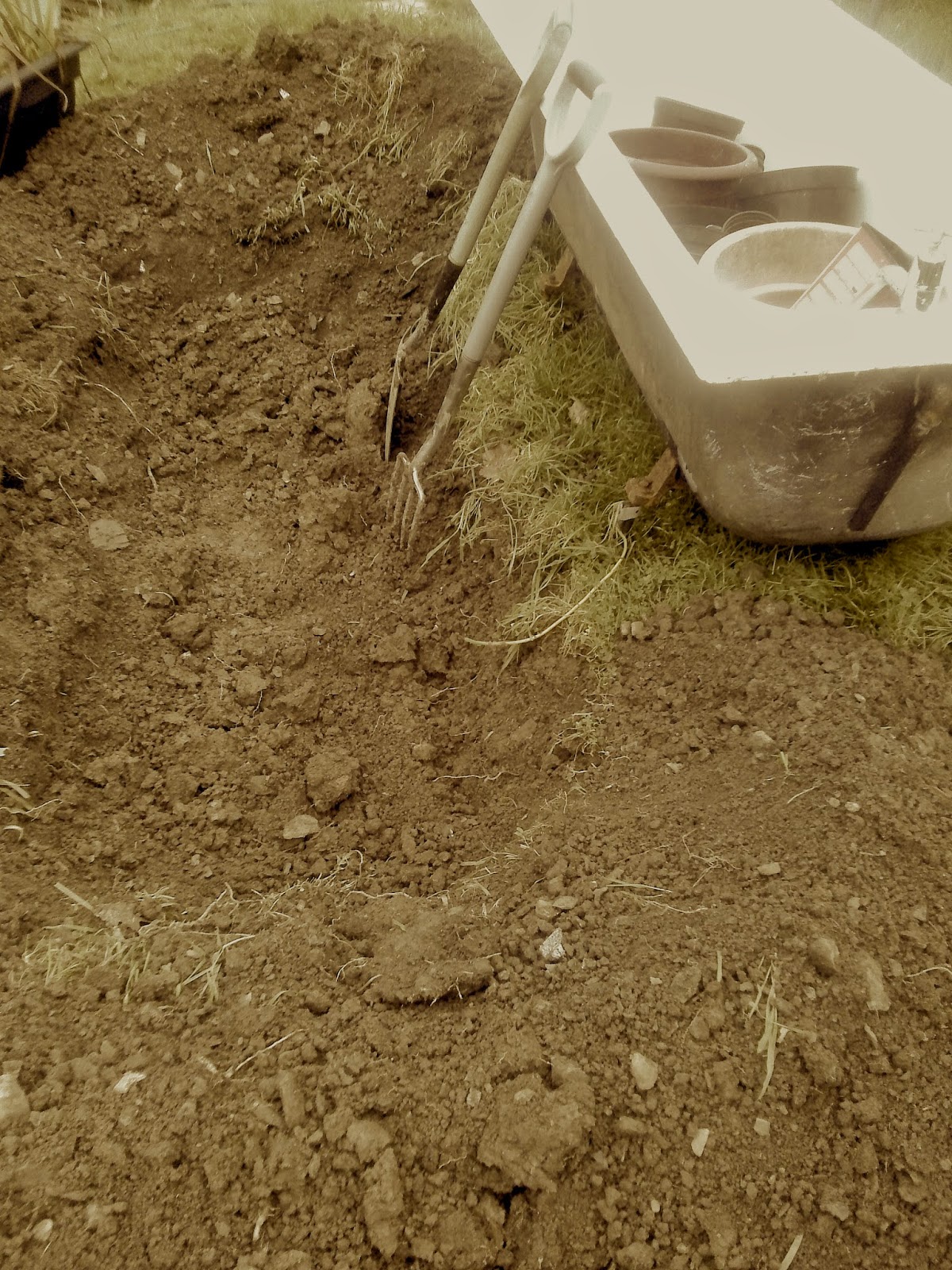 It could have been one of those projects that lingered into a domestic mythology.
We do have such a pantheon; minor deities of projects such as boot racks and office tidies that add something to the ambience of clutter, we find: a sense of a purposeful future, perhaps: stuff that could happen.
Yesterday or thereabouts I had wiggled the iron weight of the old bath till there was room to dig the hole that would reposition it as our new pond. Then it rained a bit, nothing more, here, was done.
But, then, Little Granddaughter was here and how we love an outdoor project! Enough to disregard inclement weather and at least turn over some turf. The ground here is clay-dense, rock littered: generally.
‘Granma, watch me!’ A trowel’s fill of mud gets flung high over the rockery.
Such is the power generated when three years’ life experience connects with earth.
Somewhere between the surprise of finding good top soil, the lightness of drizzle, and this power of youthful enthusing, we dug the whole hole.
And once the hole was dug, Grandad appeared. He was sent back indoors to clamber feet into work boots.
Little Granddaughter stood by, with the hose.
The iron weight was lifted, dropped, pulled, fretted, kicked, wedged hither and thither with slippery stones, made level (enough). Loose soil- good soil, we say, over and over- good soil- is scraped back around the nearly ready pond.
‘Careful with my flowers,’ Little Granddaughter says. They aren’t planted yet, she is caring for them in advance. Lack of a plug caused a moment of disappointment but she helped Grandad rinse off brewing buckets while her Granma stood grinning at the side of their nearly-pond. 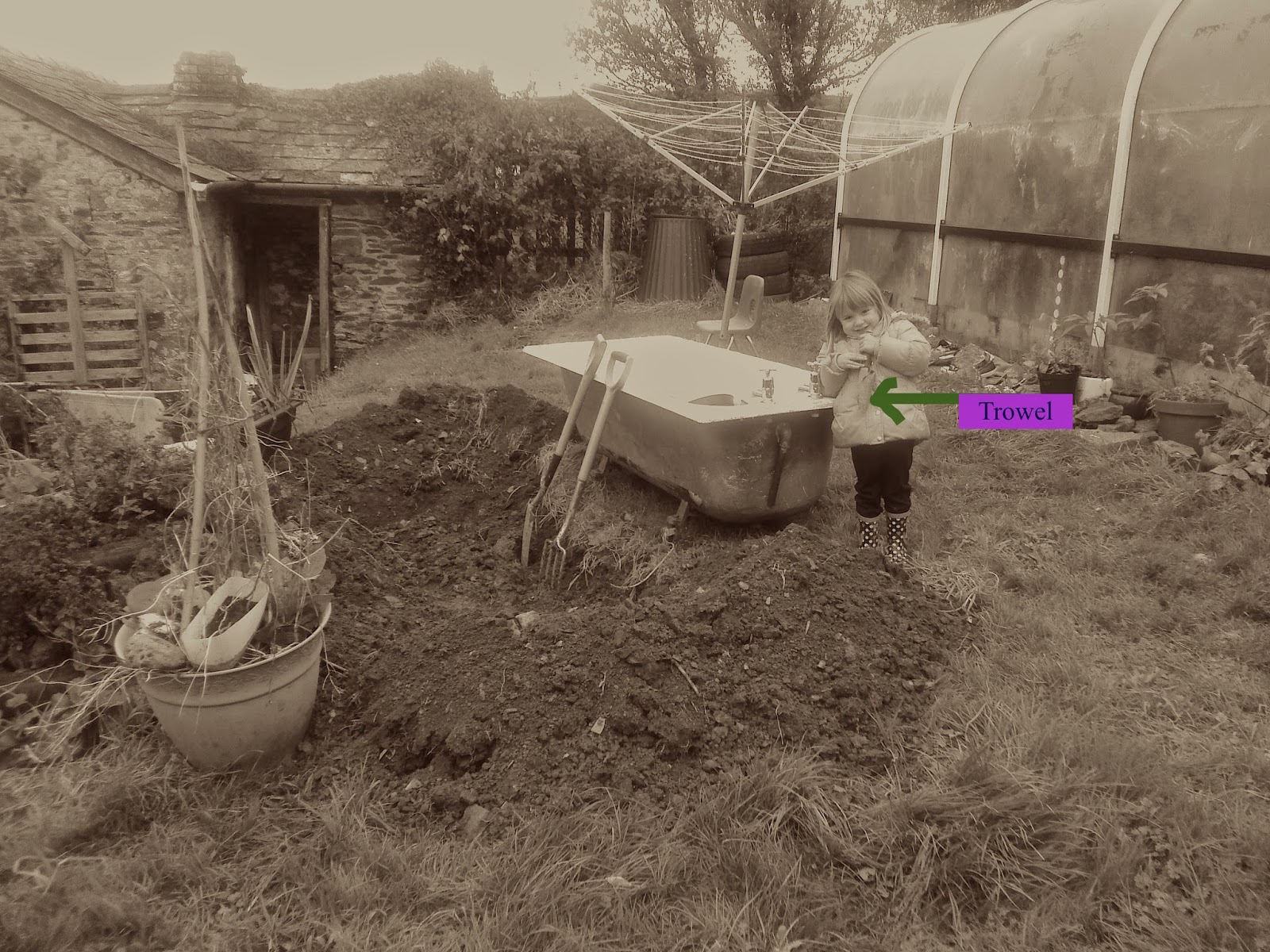 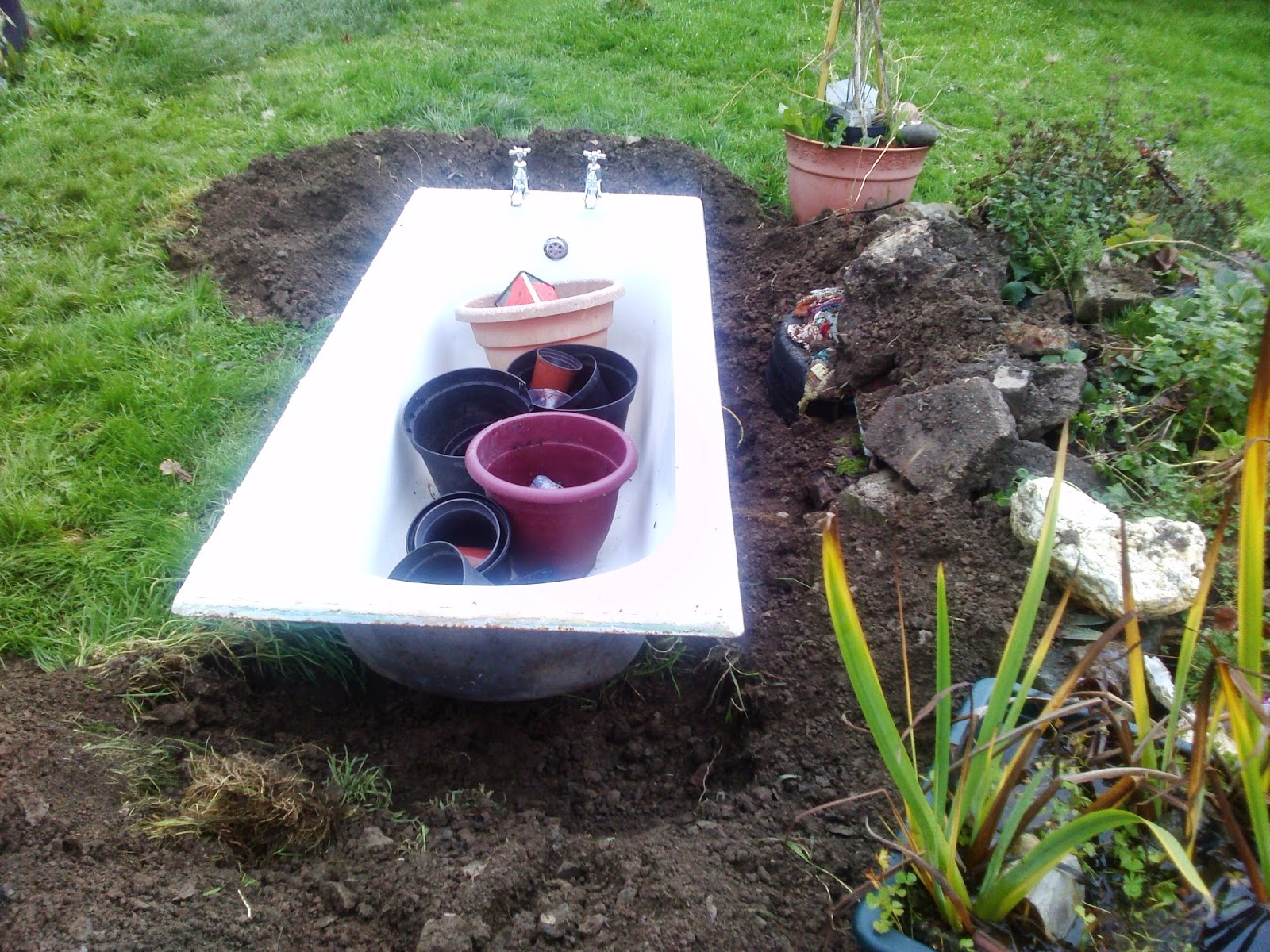