Out Of The Mist, With Banana And Hope Intact 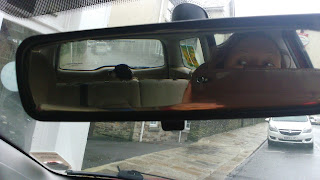 Feather Tor was the idea, but when we got to Dartmoor it was lost in the mist. So we left the car and followed along the road till we reached a leat. Even without the mist, or the windswept ponies, or the fire twisted bracken, or the stacked granite masses, this leat flows uphill, so magic is here. I have marched many people up this route, because they don’t believe until they are standing downstream and uphill and the water is still flowing. The old stone cross was our next idea, but visibility was closing in. In my bag I had an emergency banana, but far from fully kitted for any navigational errors. We followed the leat back, and the sound of the road. The wind was throwing horizontal rain. It spat through a gap in my toggled hood and drenched me. Dog was zigged and zagged by it; she wanted to get back into the dry car boot space and lie on her rug. I had to crouch and divest as many damp garments as modesty would allow. We put the heater on and sat. Reflected on magic, landscapes, horizons. Felt that hope was not extinct.

NB: The uphill leat is not made up - and there are a few of them - but it is a geographical trick :-)
http://www.legendarydartmoor.co.uk/leats_moor.htm