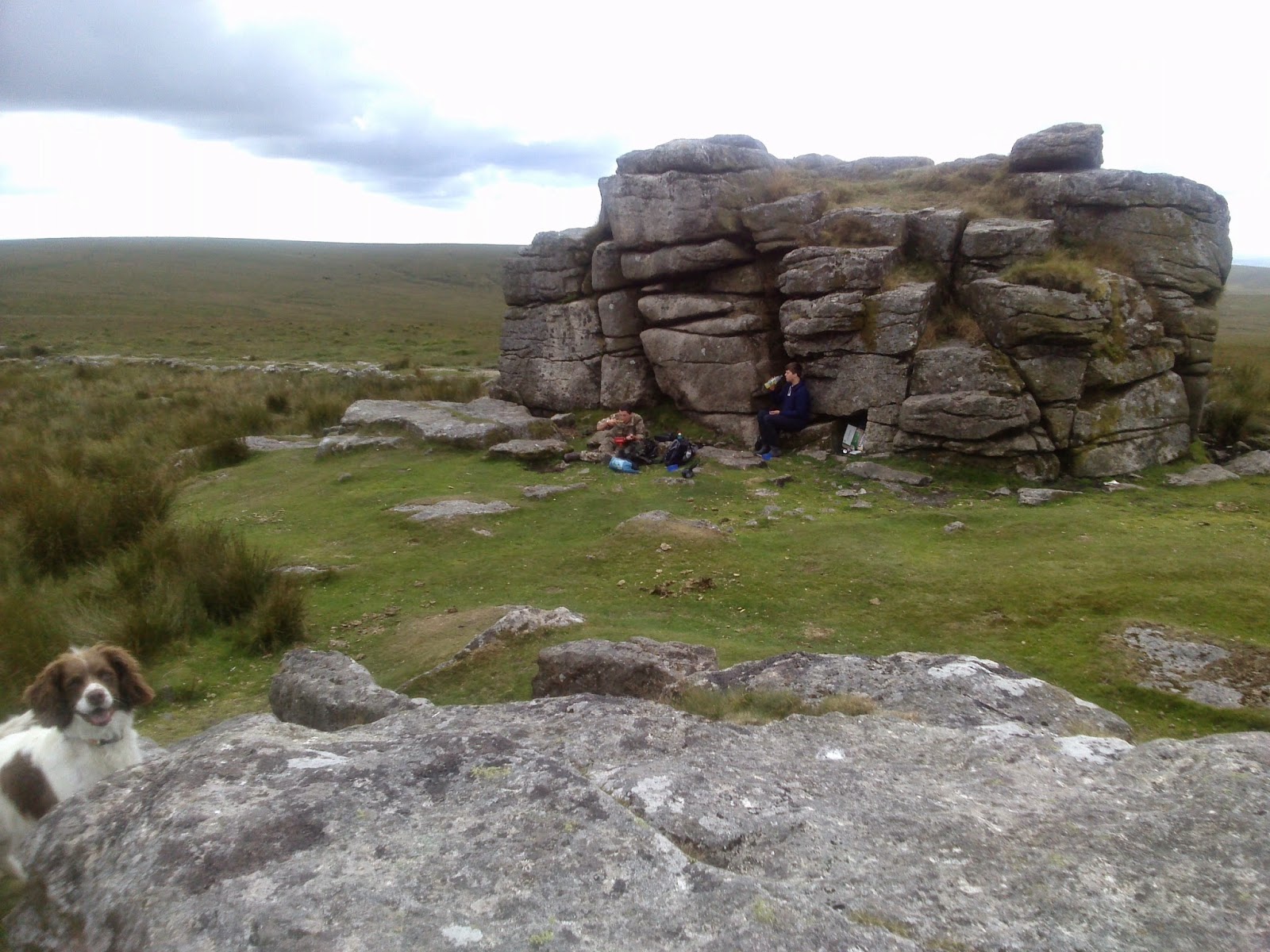 At Princetown we set out. (There should be a Princesstown, I decide. The Little Granddaughters would love that.) Overhead clouds are passing, grandiose, pausing to monologue, wandering, yet intently, stage left. We start with a hill, The Chap advises, then the rest of the walk will seem easier. North Hessary Tor suffices to warm us up: me, The Chap, Houseguest Ben and effervescent Dog. She spins in dry dung, chases birds she'll never catch. How many people die here, Ben asks, after the instructions on bogland and hyperthermia. He observes the cloud drama and pulls up his hood. Thousands, says The Chap, kindly smiling, but less now there is good mobile coverage. He has full kit. We have water and dried fruit. Dog chews some grass. We can stick to the path, I say, let Chap go wandering. He has highlighted our map for a rendezvous lunch. The path we drop down to was a railway, once upon a time, when the quarry was a grand business.
My name is Ozymandias, king of kings:
Look on my works, ye Mighty, and despair!
Granite cut and fallen marks workplace and homesteads. The quarry is a clear lake, otherworldly. People in tiny packs sit gazing. I envy Dog her swim. It was frozen, Chap remembers: he had stood on the ice just there. Prettiness and starkness overlay.
The Chap leaves the path, from here, attending to compass and bearing, leaving those of us who would easily forget to add two degrees for the curvature of the earth to follow a pre-beaten track. It's unfamiliar track, open, bleak, weather worn, ancient. It cuts pale into dark foliage, past clutters of granite, past lumps of iron age settlements, past sinkholes of former tinworks, stoic faces of livestock. Rain shakes from a cloud that stalks northwards, muttering. We walk behind it; behind us a bluster of cold air grapples with the sun's warmth. We walk: it's been hours. A shape ahead reminds us of The Chap; he's early, but it is him: or a convincing replica. In the shelter of South Hessary Tor hot lunch is prepared. (Quinoa for me, Supernoodles for both lads. Dog has a sachet of peanut butter.)
A daydream I have, of living in a remote cottage, almost unreachable. An end of life dream, of lying out under stars, willingly renouncing consciousness. The word 'end' is wrong. A transmutation, perhaps. Meanwhile, this life is exactly as it should be, laden with appreciated moments. Not some advert-perfect reflection: entirely flawed, hilarious: mine. I love it.
On the drive home we stop for ice cream. 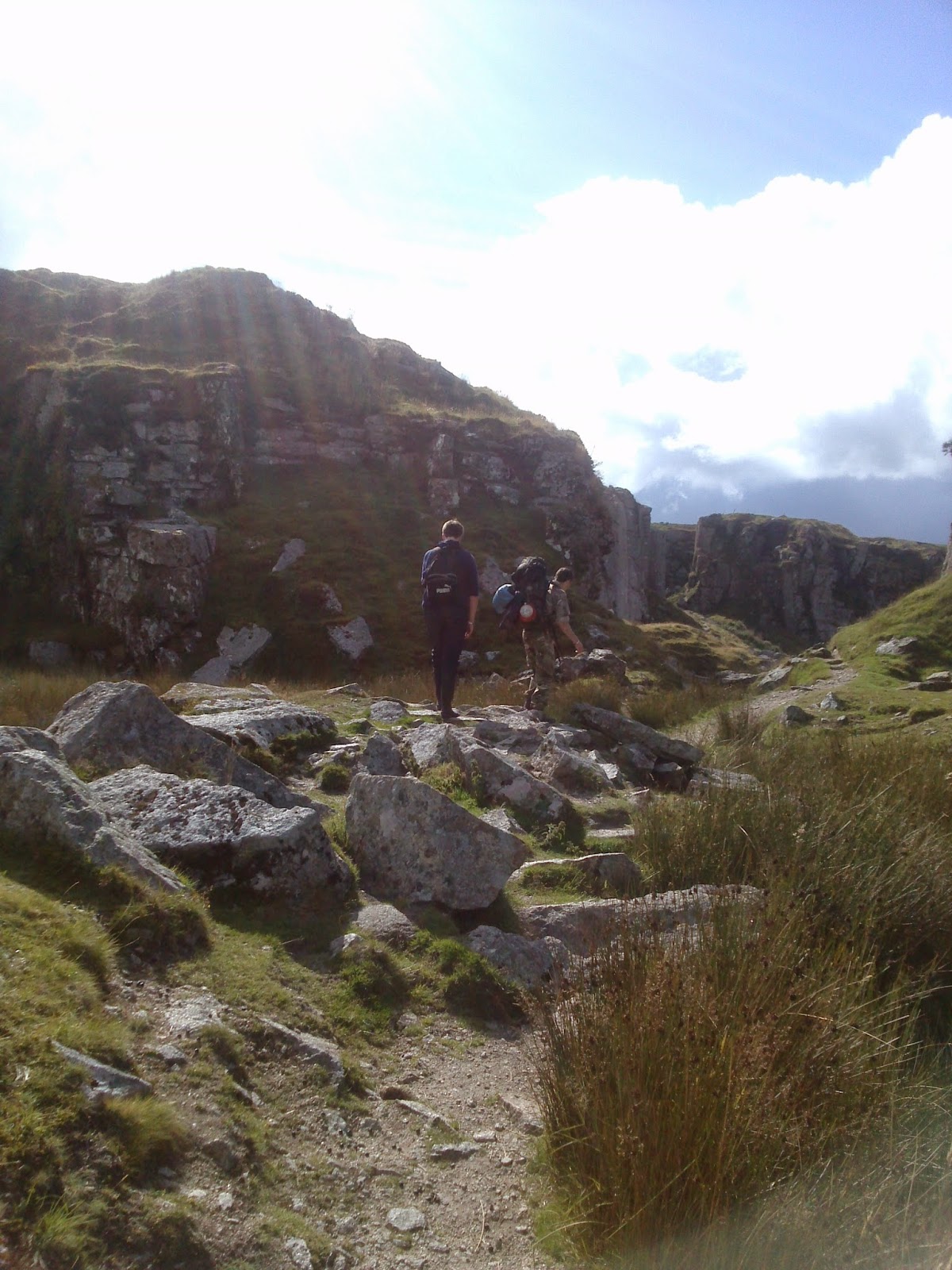 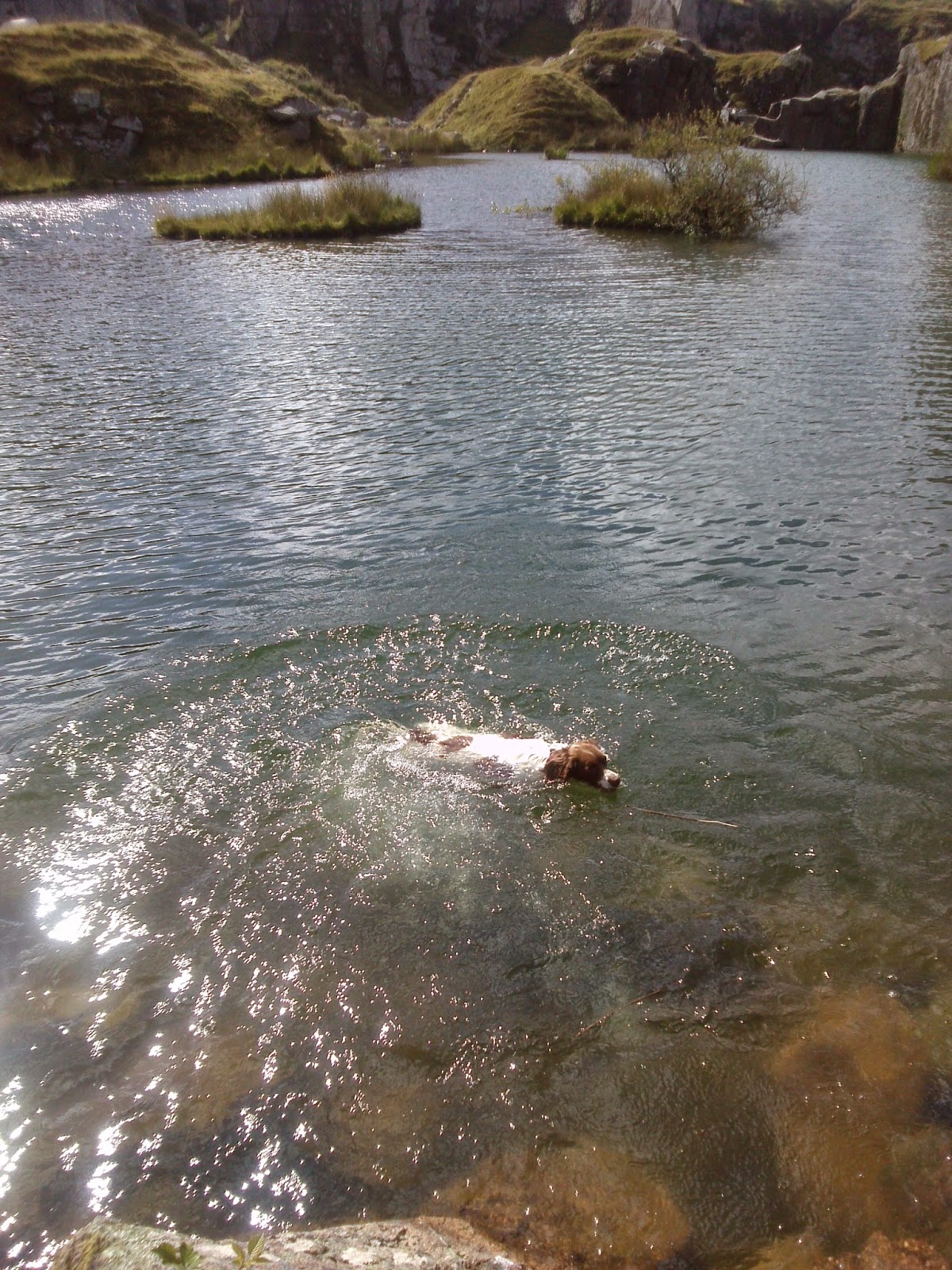 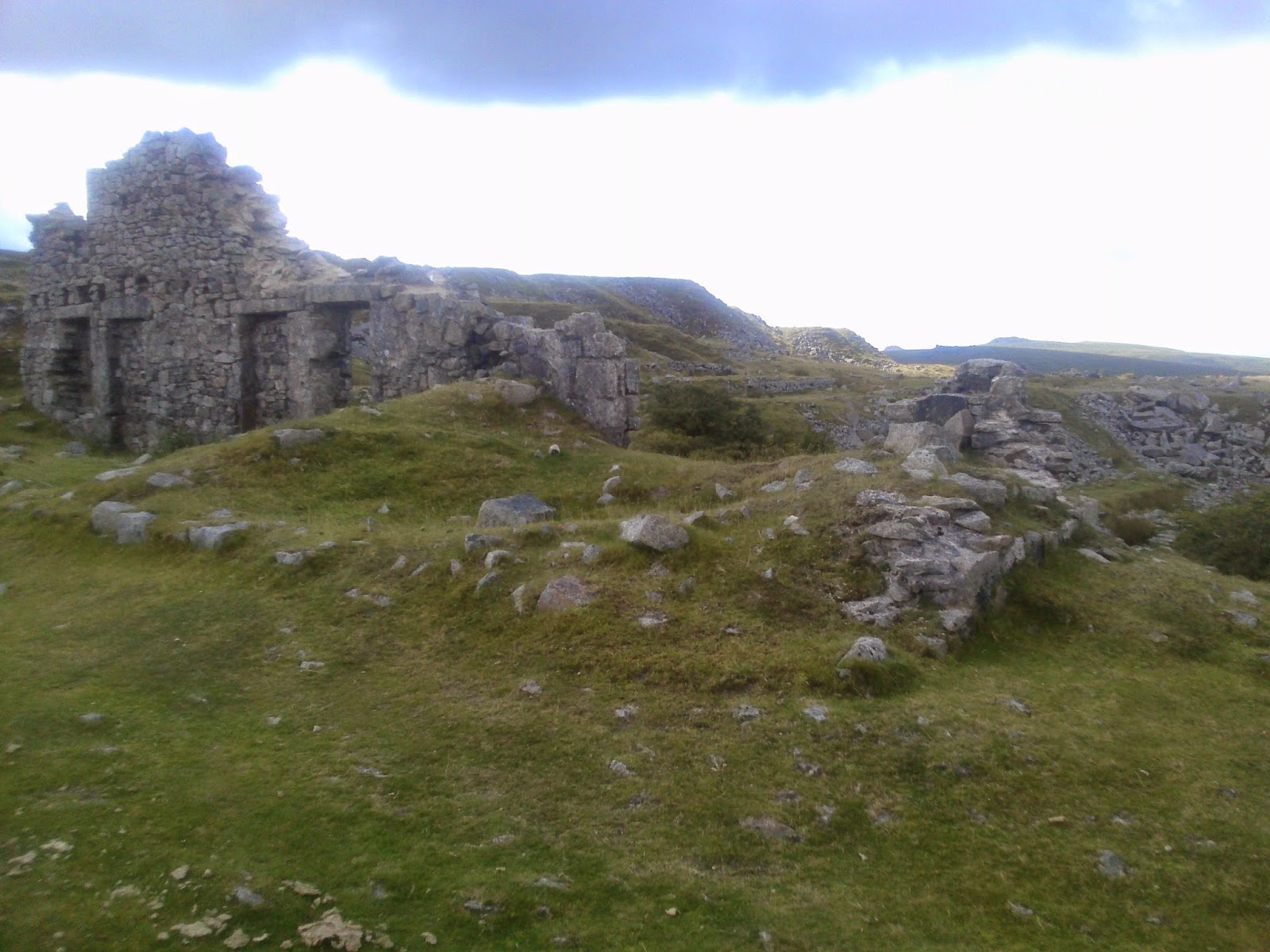