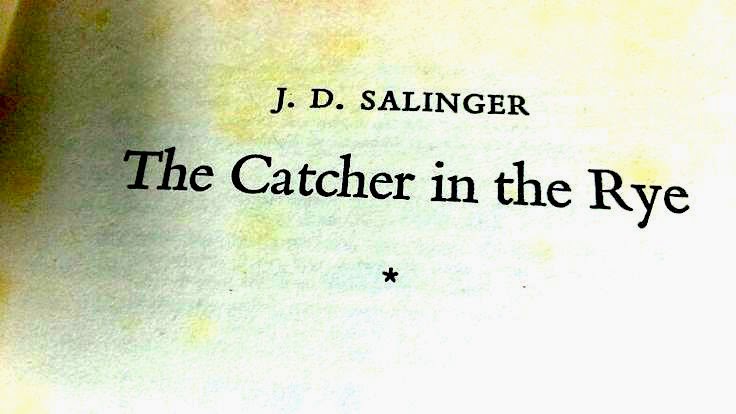 This paperback of The Catcher In The Rye is a second reprint from 1987. It has age spots and a typeface I like (Monotype Bembo) and I would have been 17 in that year but I don’t remember if that’s when I bought it. Surely I had read the book earlier, maybe even in hardback?

I remember Holden Caulfield though; disaffected antihero, soul in a soulless world, thinker in a thoughtless world. He acted on impulses born of that odd mix of emotion and moral responses. He had a keen insight into people, even if he was confused by what he saw: he saw it, reacted to it. He had stubbornness and integrity and that individualistic red hat.


(If you don’t know the plot and/or the palaver of this book, have a quick cheat here: The Catcher In The Rye.)

Rereading was a gamble - what if I’d left my old friend Holden too far behind? Perhaps I would find him gauche, all acne and embarrassment? If old JD had been having a laugh?
What if I wanted to save him? What if I’m a phoney now?

Pestered thus by my own questions it was best just to read and risk.

In the first page doubts were whisked away: I love still the mixed up protagonist, only now there is a layer of maternal care and a core-of-the-earth deep appreciation of the skill involved in using a first person subjective narrative to carry a novel.

It made me think back to adolescence and how much of who I am now I was then. It reinforced my rejection of materialism as a way of life. The quote from Wilhem Stekel: ‘The mark of an immature man is that he wants to die nobly for a cause, while the mark of the mature man is that he wants to live humbly for one;’ made me laugh out loud because that is so close to how I have evolved.
(Well played JD!)

Printed first in 1951, the language could have seemed dated but I found the 40’s slang no weirder than any slang, it could be accepted as a character quirk; it didn’t seem too distant in history or difficult to follow.
Holden remains an archetypal teenager; lost in transition, fighting against losing the straightforwardness of childhood, against the superficial aspects of adult life, alienated but filled with a clumsy emotional drive to connect. Holden connects the reader to that awkward phase of life.
The book covers the whole passage from life to death though, through Holden’s accounts of his family and acquaintances.

And as a parent I particularly recognise this wisdom ‘The thing with kids is, if they want to grab for the gold ring, you have to let them do it, and not say anything. If they fall off, they fall off, but it’s bad if you say anything to them.’

So the old paperback will go back on the shelf. I’ll be reading it again. 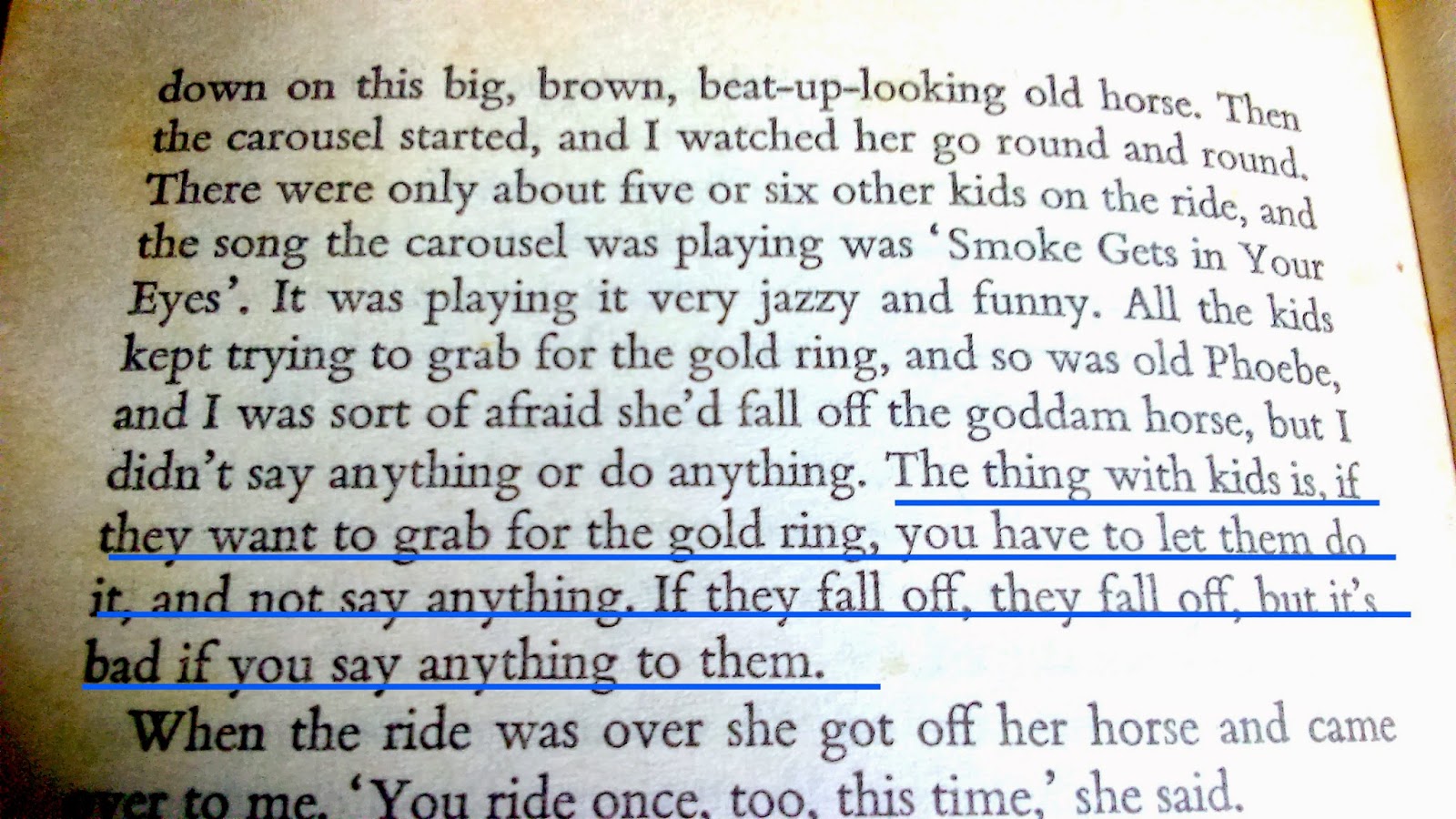